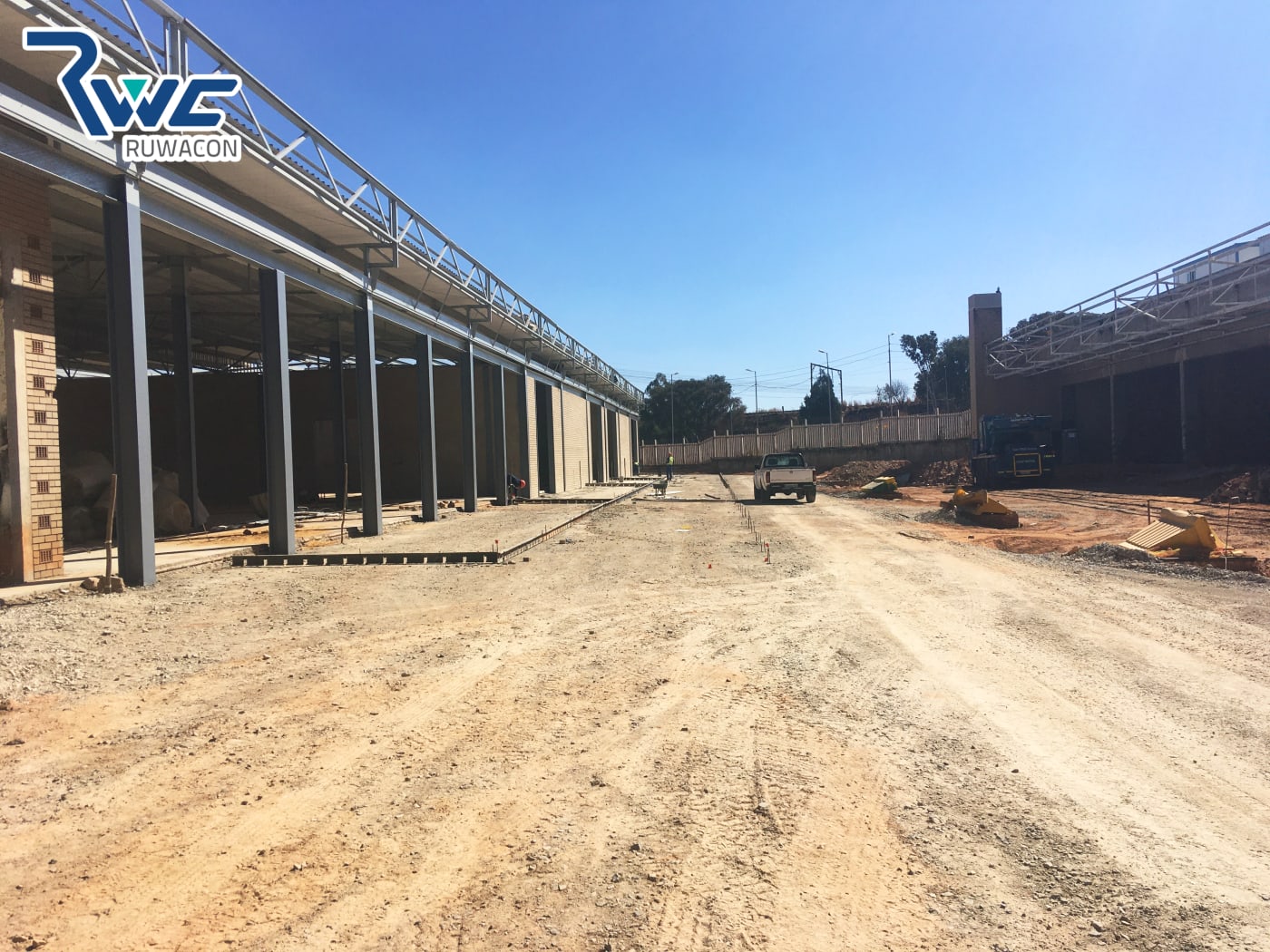 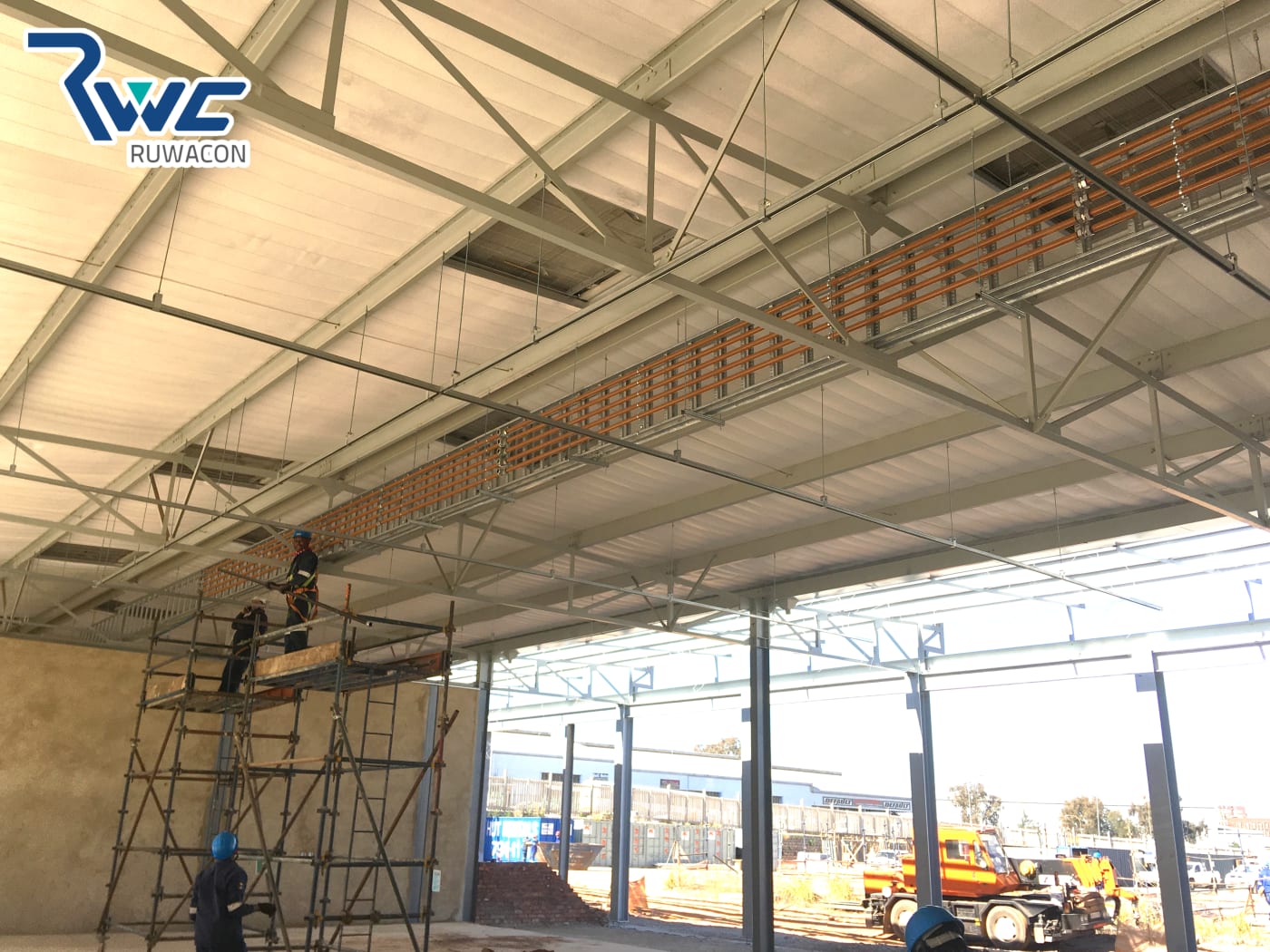 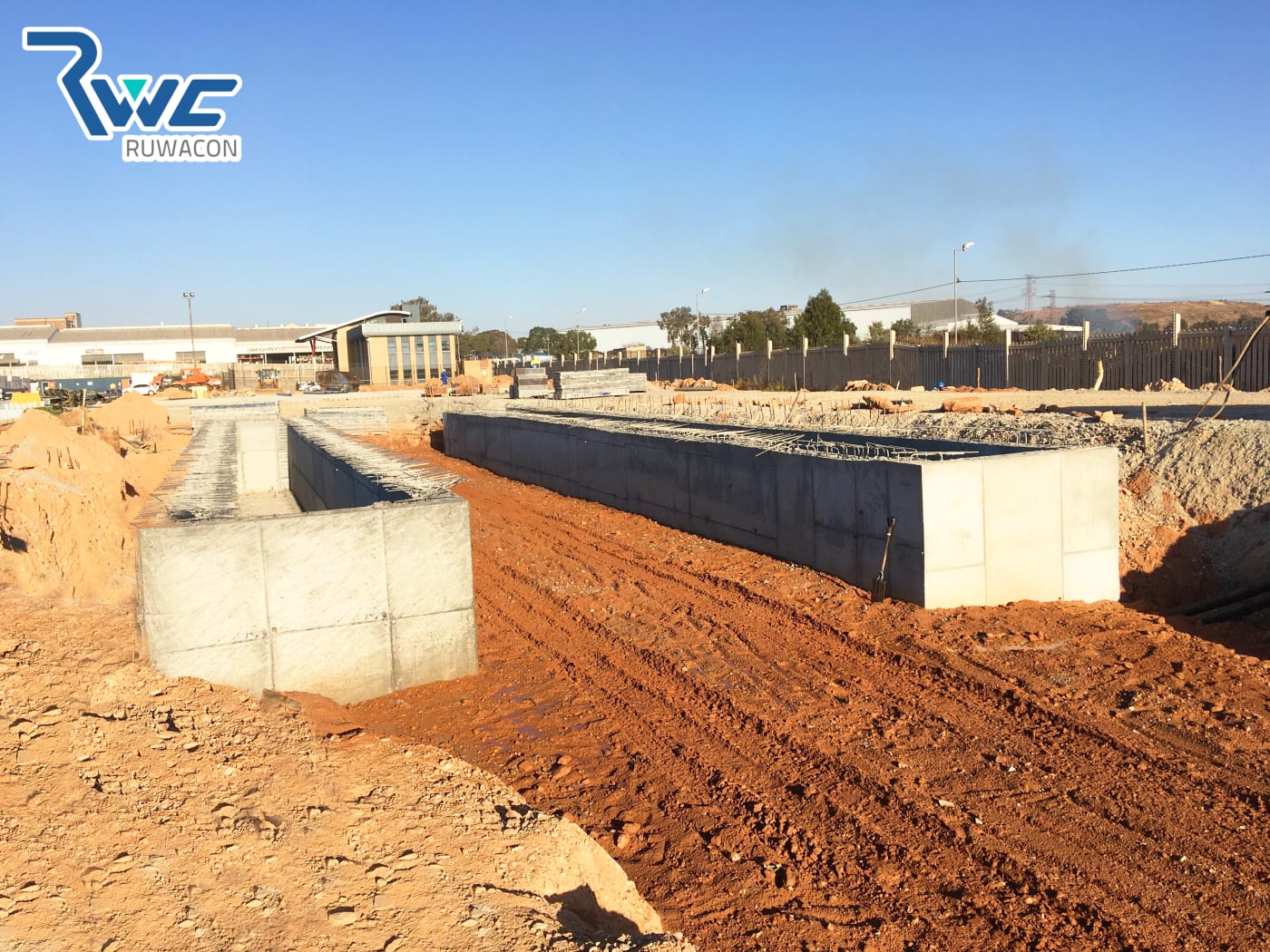 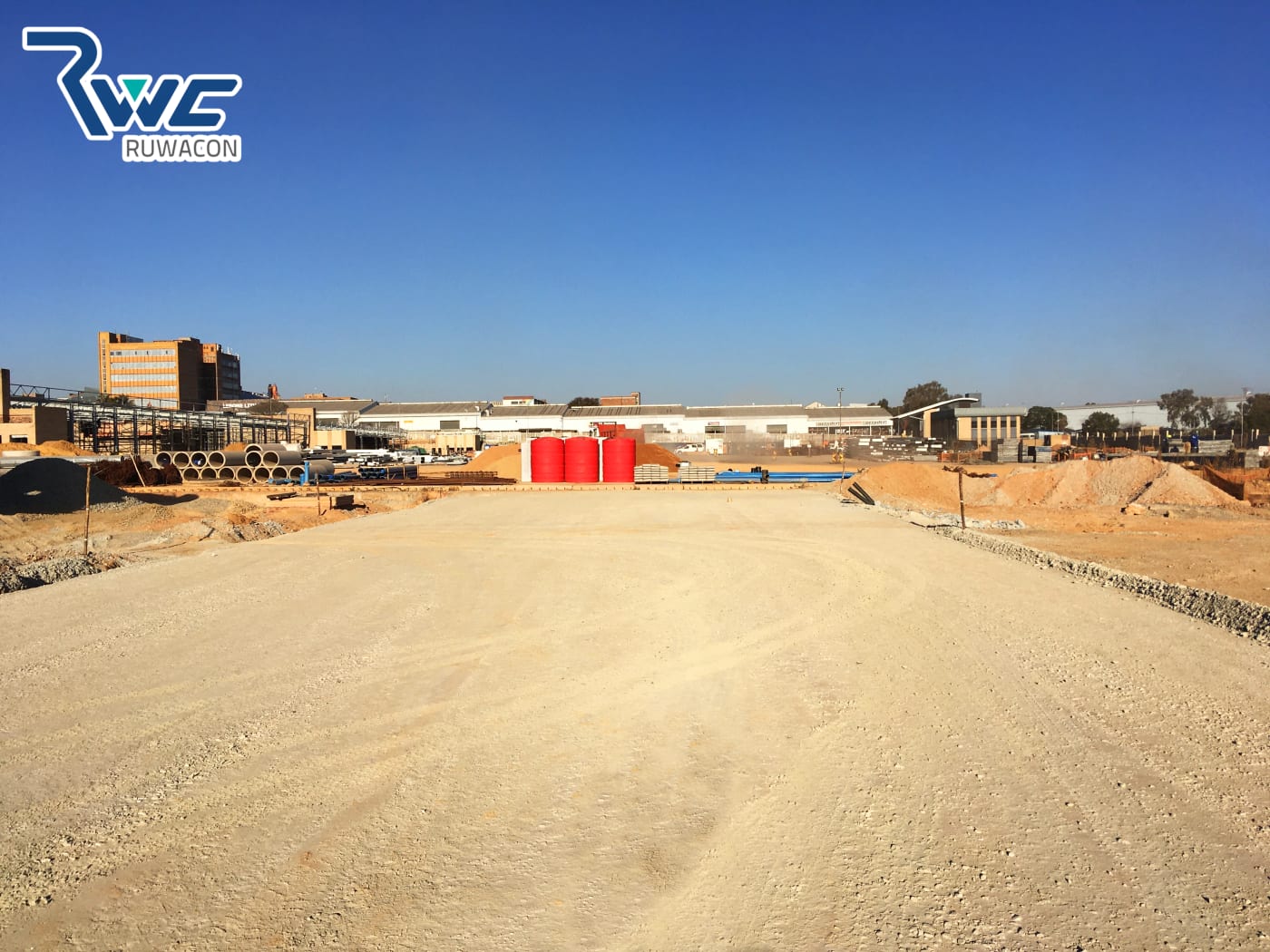 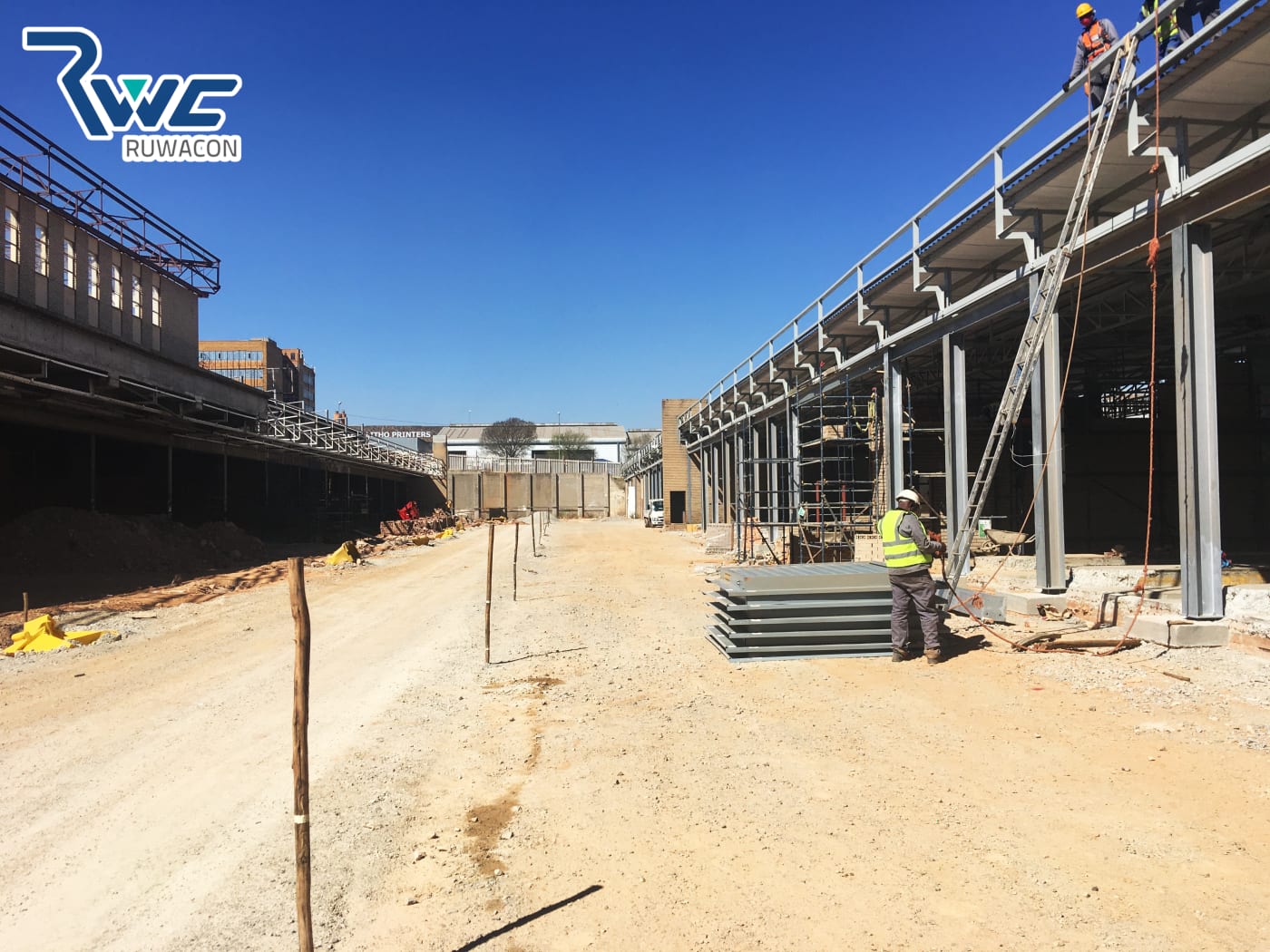 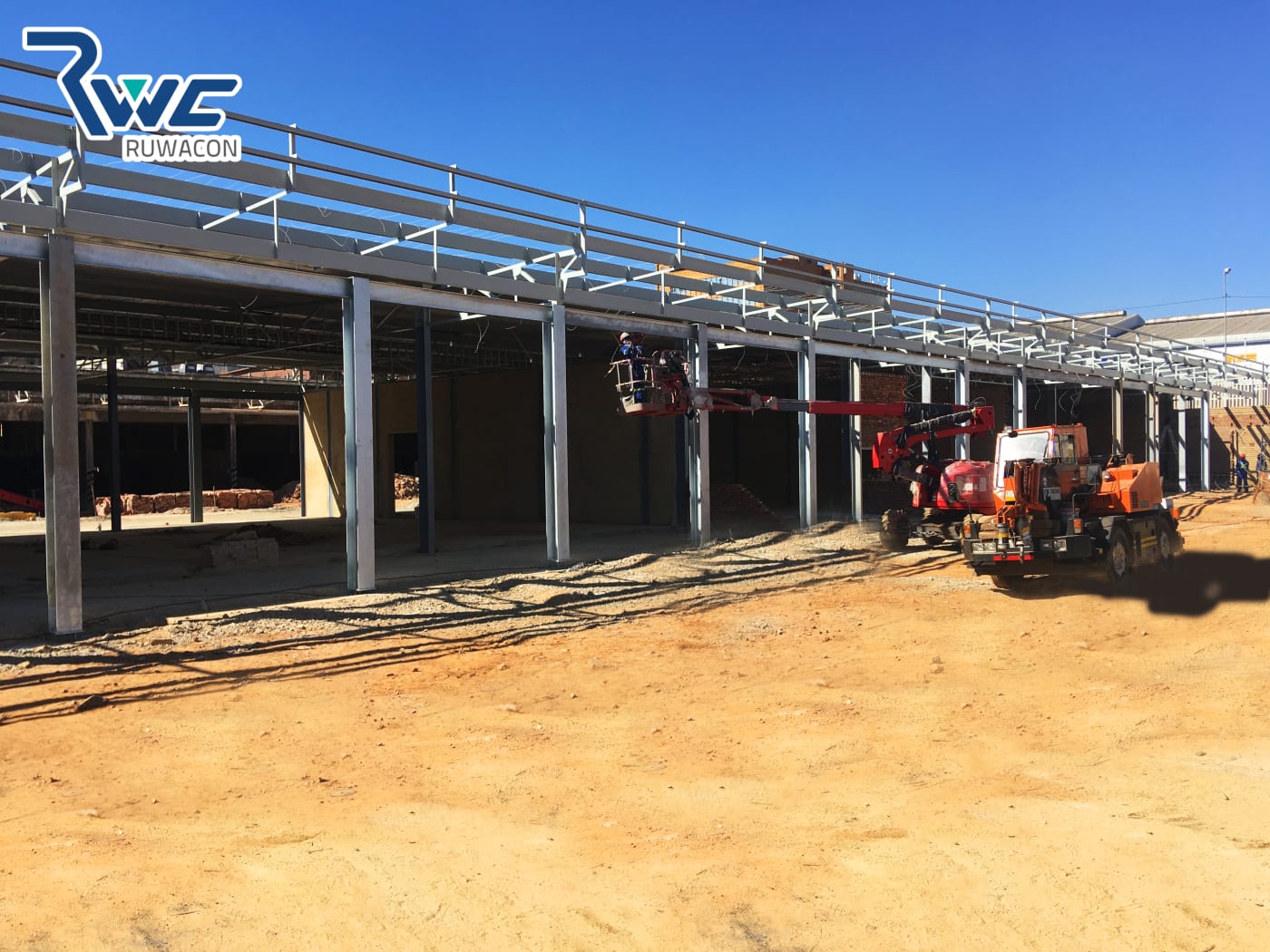 Selby Phase 2B comprises of extensive refurbishment of an existing 8000m2 superstructure to be used as a maintenance depot for the city of Johannesburg’s Rya Vaya metro bus system as well as numerous specialised installation, such as:

In addition we are also constructing ancillary structures to serve as:

A significant portion of the scope also comprises of civil works, such as:

“We have successfully incorporated SMME’s into a project that has a strong emphasis on specialised mechanical & electrical installation. Employing smaller local sub-contractors to handle items such as the spray booths and HVAC installations over and above general construction works such as brickwork, plaster, painting and roof sheeting.

The site being situated on an old refuse dump necessitated the installation of 600mm wide piles to ensure that the load disperses into the underlying bedrock and supplements the unpredictable geotechnical traits of the soil. Piles were grouted at varying depths from 10m to 15m. When piling, we struck numerous large concrete rubble blocks at depths exceeding 6m, remnants of the site’s history as a landfill for building rubble. This necessitated quick and creative solutions to clearing obstructions at compromising depths without risk to life and limb whilst maintaining the schedule of works.

The structure that was to be refurbished had been built in the 1960’s this presented a risk of asbestos being found whilst demolition works commenced. Knowing this we surveyed suspect materials and had them laboratory tested. It was found that the existing ceiling boards were indeed asbestos. As a registered asbestos contractor, we were able to quickly produce the necessary documentation to department of labour, to start with the safe removal and certified disposal of this hazardous waste, without extra impediment to the schedules activities.

The structure had numerous existing concrete oil water separators that had been left to deteriorate by the previous occupants. This raised a serious concern regarding environmental contamination.

We had expedited the process of the removal and disposal thereof through means of ash blending the waste to neutralise the oil contained therein. The ash blend was only considered after we had exhausted the possibility of recycling this material, but this was deemed to be impossible.”