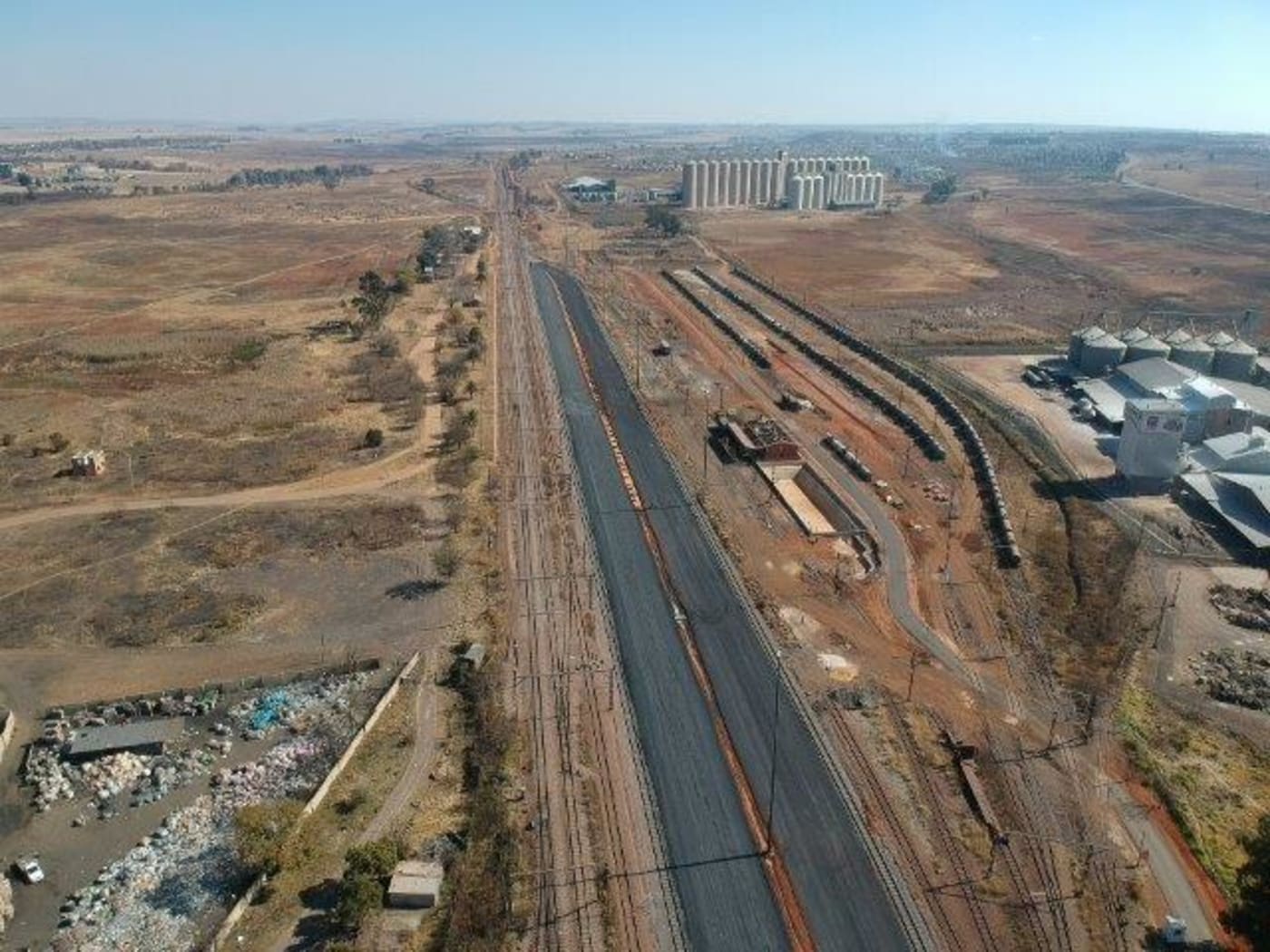 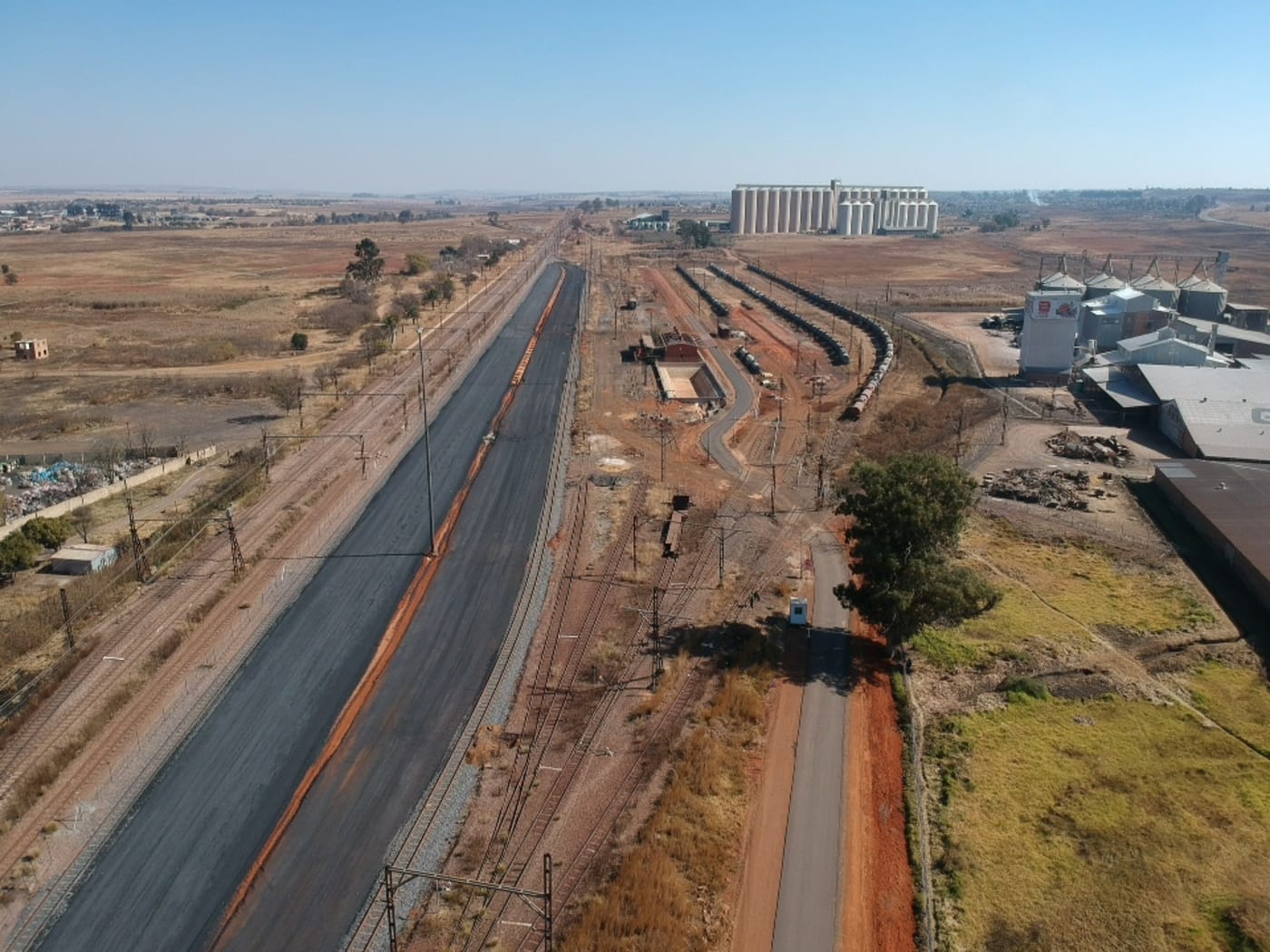 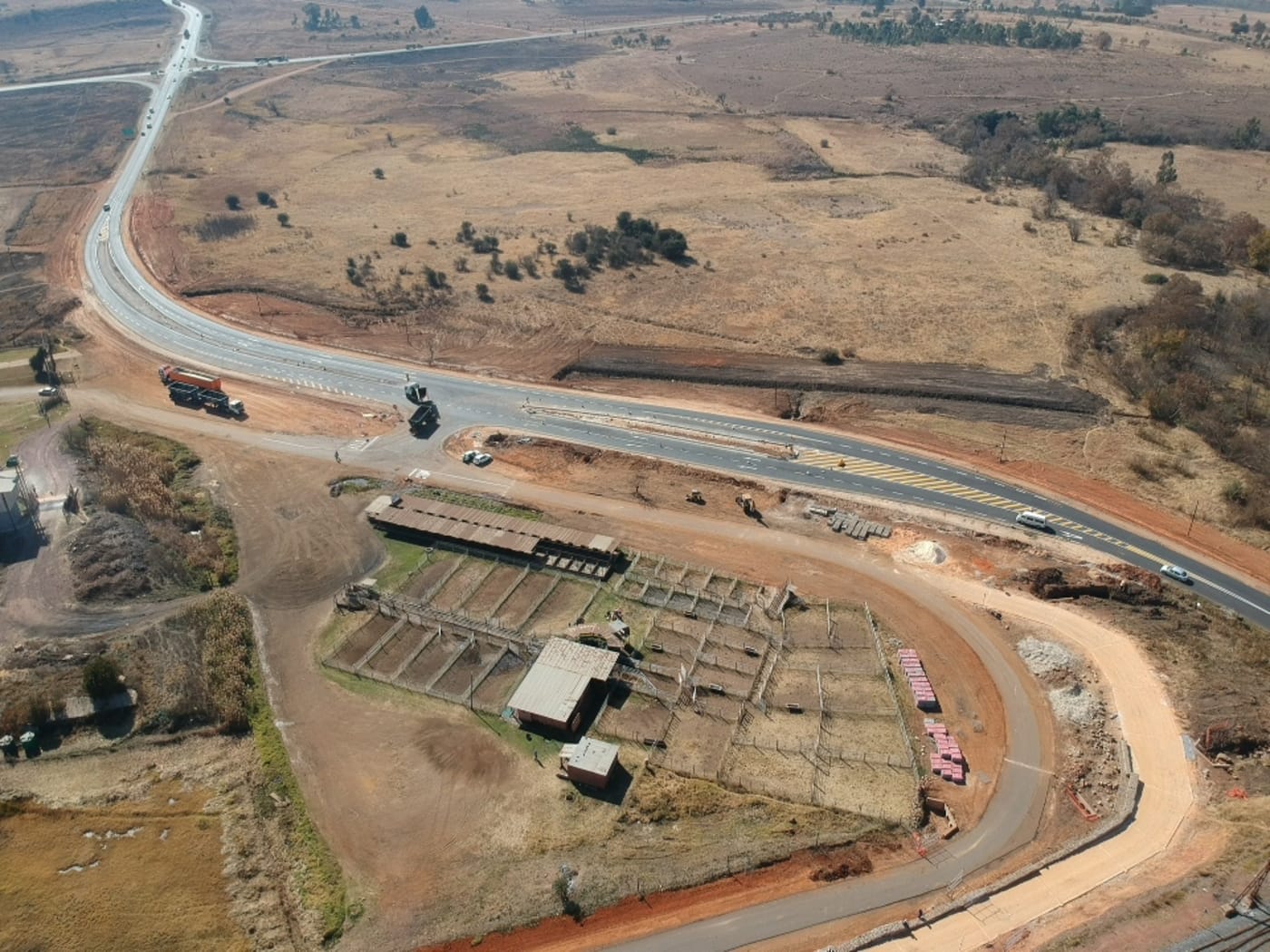 Project consisted of three main sections: Originally the project was scheduled for 7 months but due to extensive founding condition problems and local community interference the project was extended to 12 months.

Section 1: Removal of 6.8km of old railway lines together with the re-instatement and inspection of 650m existing storm water structures within a 2.8Ha existing railway yard. Thereafter followed the layer works for two new railway

lines along the perimeter of a newly constructed loading platform, 75 m x 850 m in size. This loading platform consisted of 4 new imported G7 layers with the final layer being a 200 mm bentonite stabilized clay layer. Furthermore

two new access roads, one premix (1.5km) and one paved (250m), were constructed together with all related layer works and infrastructure such as perimeter fencing, rail crossings and storm water management. This specific area is

intended for the temporary stockpiling of coal deposits prior to being loaded onto railway trucks destined for export from SA harbours.

Section 2: This section mainly dealt with the storm water management of the area in that all contaminated rain water had to be contained and channelled along a 900m long newly constructed 2m wide concrete reinforced V-drain. This

drain was strategically placed along the centre of the loading platform from where it drained into a newly constructed pollution control dam. This dam was constructed by applying shotcrete to a predetermined shaped excavation of 12 m

x 48m x 4.5m in size. From there the mine could dispose of the contaminated water in a safe and secure manner.

Section 3: Access to the entire area was obtained from the provincial road approximately 700m to the north east of the site. Since large trucks were going to be used to deliver the coal to this area the local authorities required the

existing interchange to be upgraded and made safe. A new interchange was constructed with two widening lanes and pedestrian access to the area together with the relocation of existing services. The entire section had to be constructed

in half widths due to project stipulations and safety requirements. The area ended up being built within a swamp area which in turn required extensive undercuts and rock fills. Rock fill to the extent of 5800 m3 was imported from a local

quarry in order to establish a sound founding condition prior to the layer works being constructed. Asphalt to the extent of 16 500m2 were placed within the area and finished off with traffic islands consisting of precast kerbs and interlocking pavers.

1) Contract was severely victimized by the local Construction Mafia on a weekly basis to such an extent that we lost senior personal. Our staff was assaulted and victimized within the local community too.

2) Disruption in program was severe due to factors beyond our control: Construction Mafia, local soil conditions and production rates and quality of locally appointed subbies.

3) Engineer was limited with budget and poor founding conditions and unknown services exposed on a daily bases affected the end result and outcome of the project to the detriment of all.

1) Making use of spoil materials in blended format with imported materials thereby saving on importation and cost of materials.

2) Convincing local subbies that they are infact paid way more than our allowable and infact just paying them what they are due.