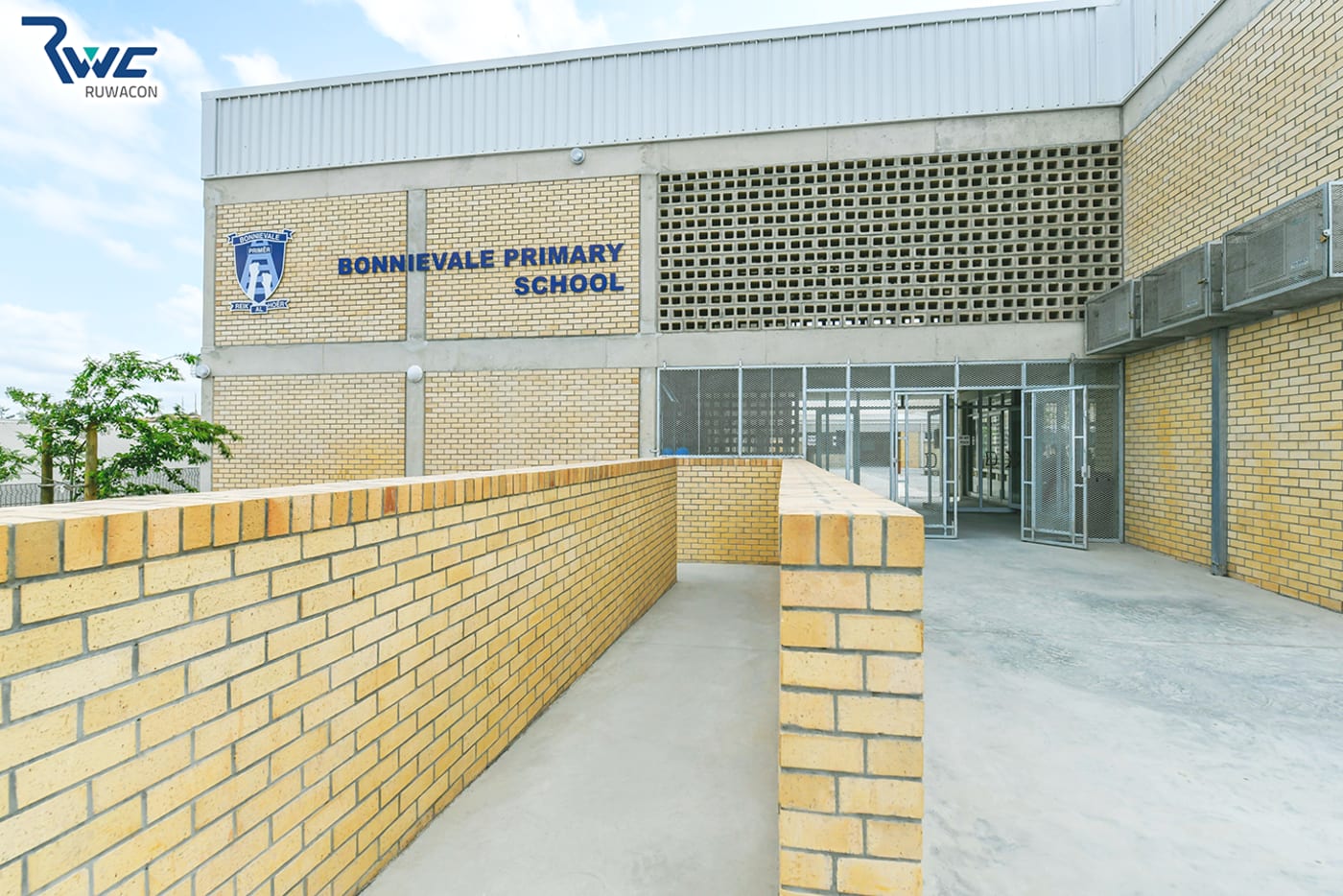 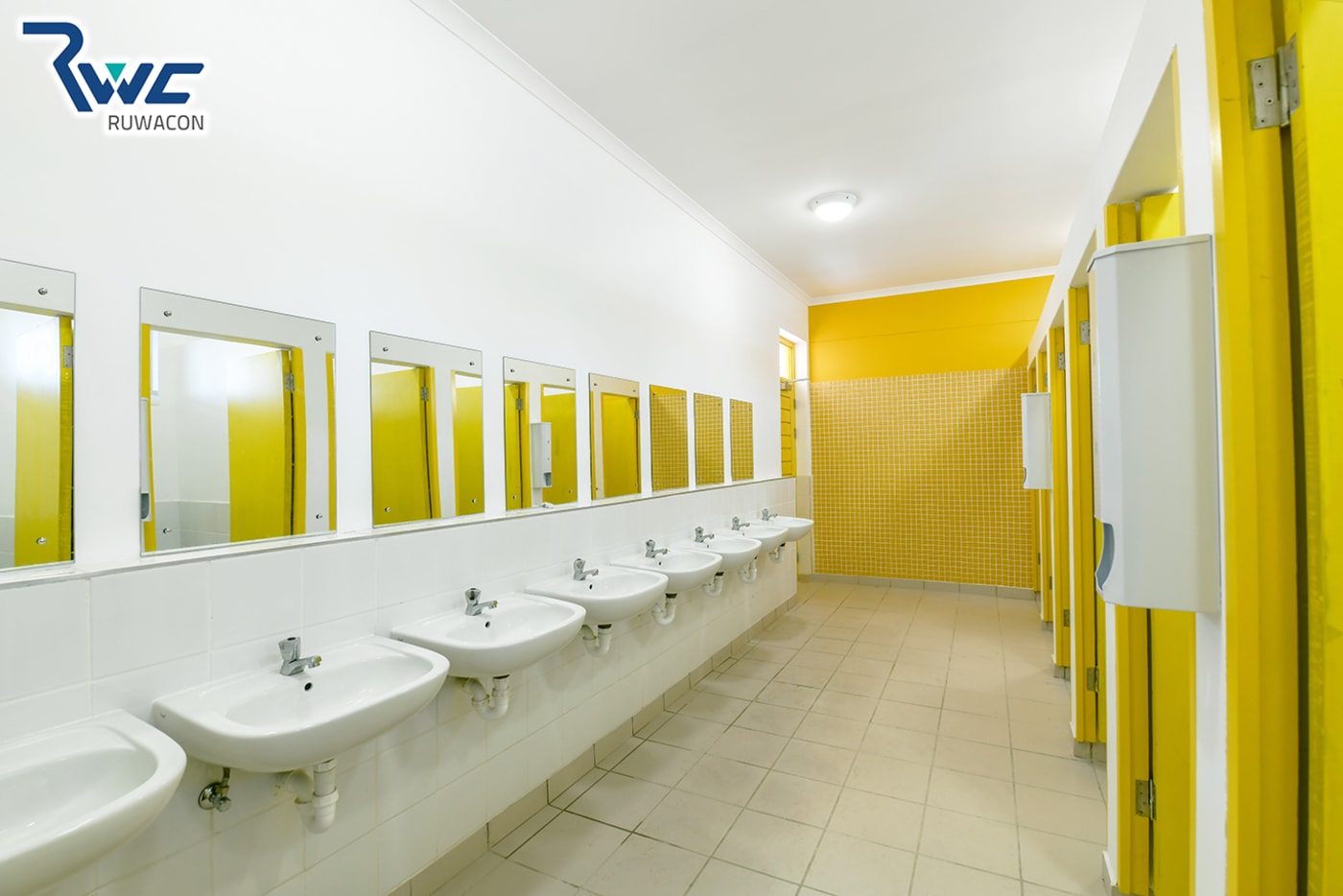 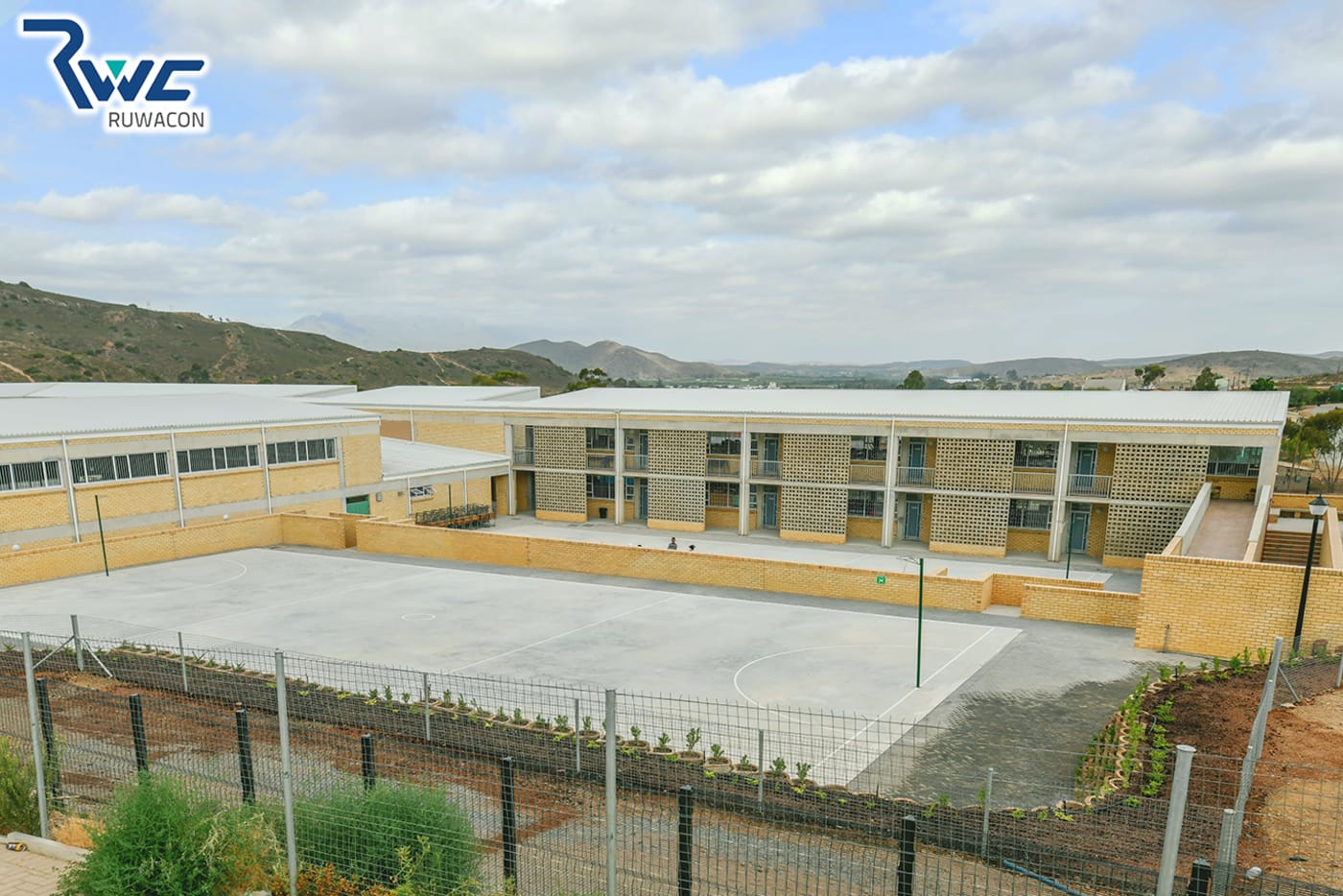 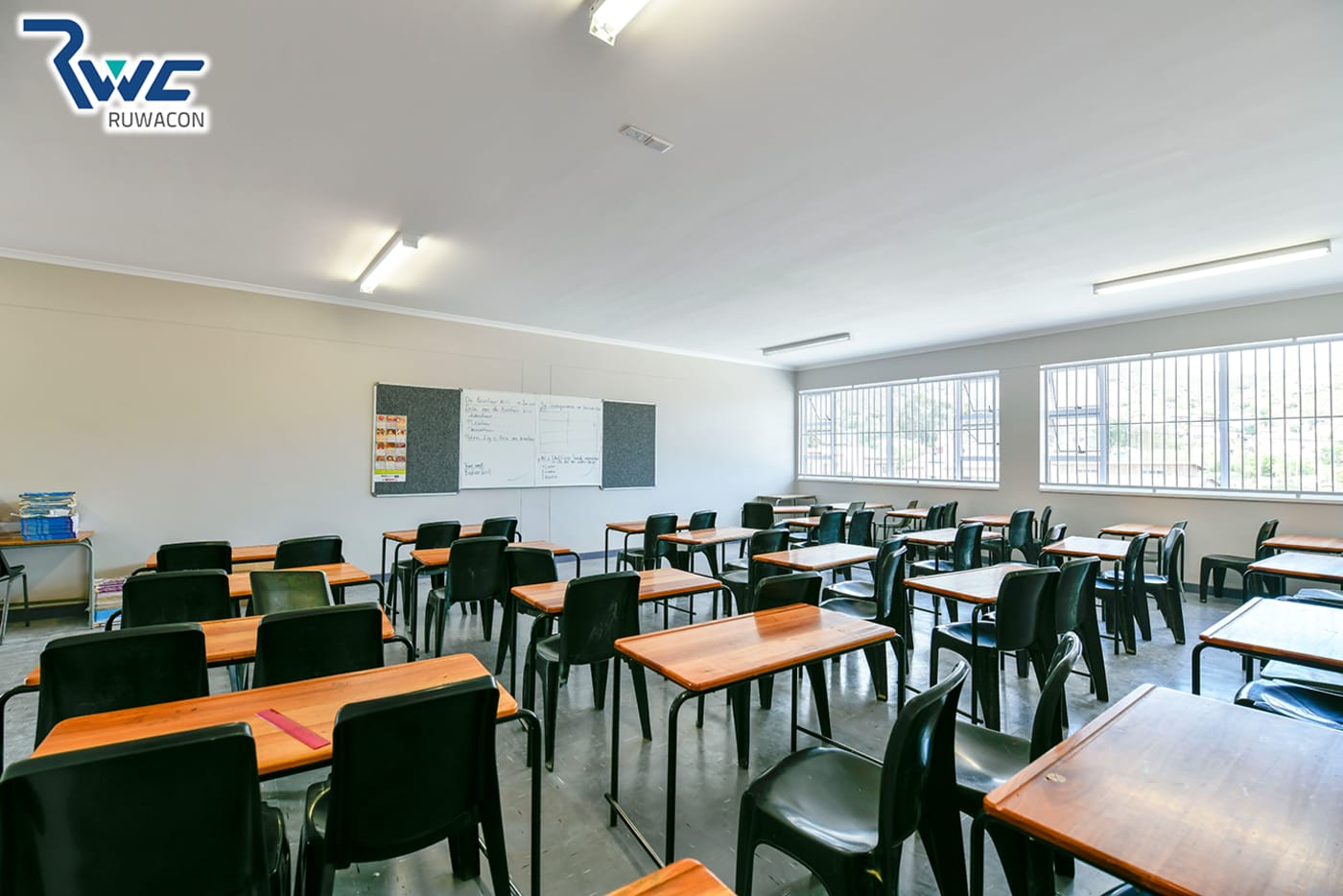 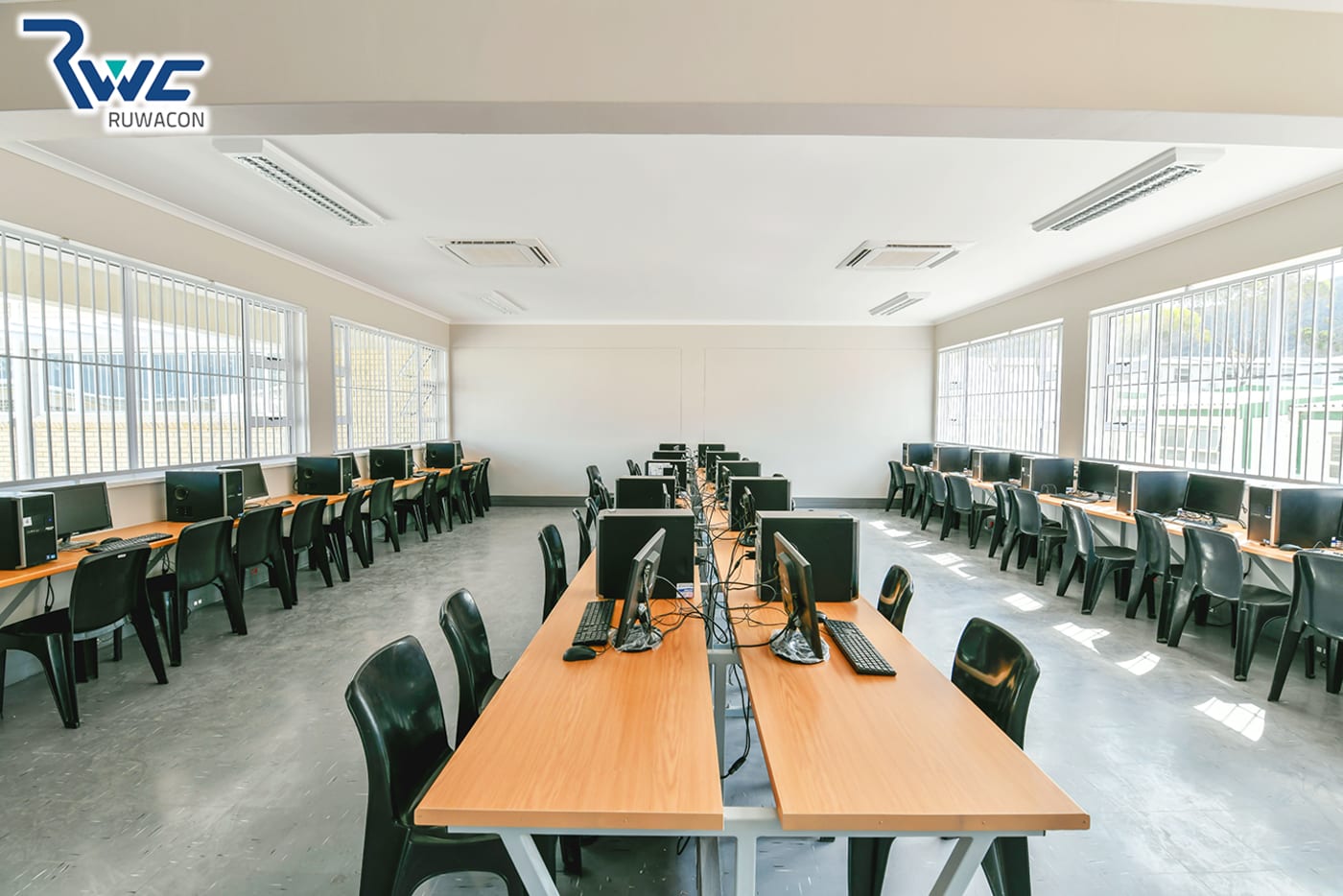 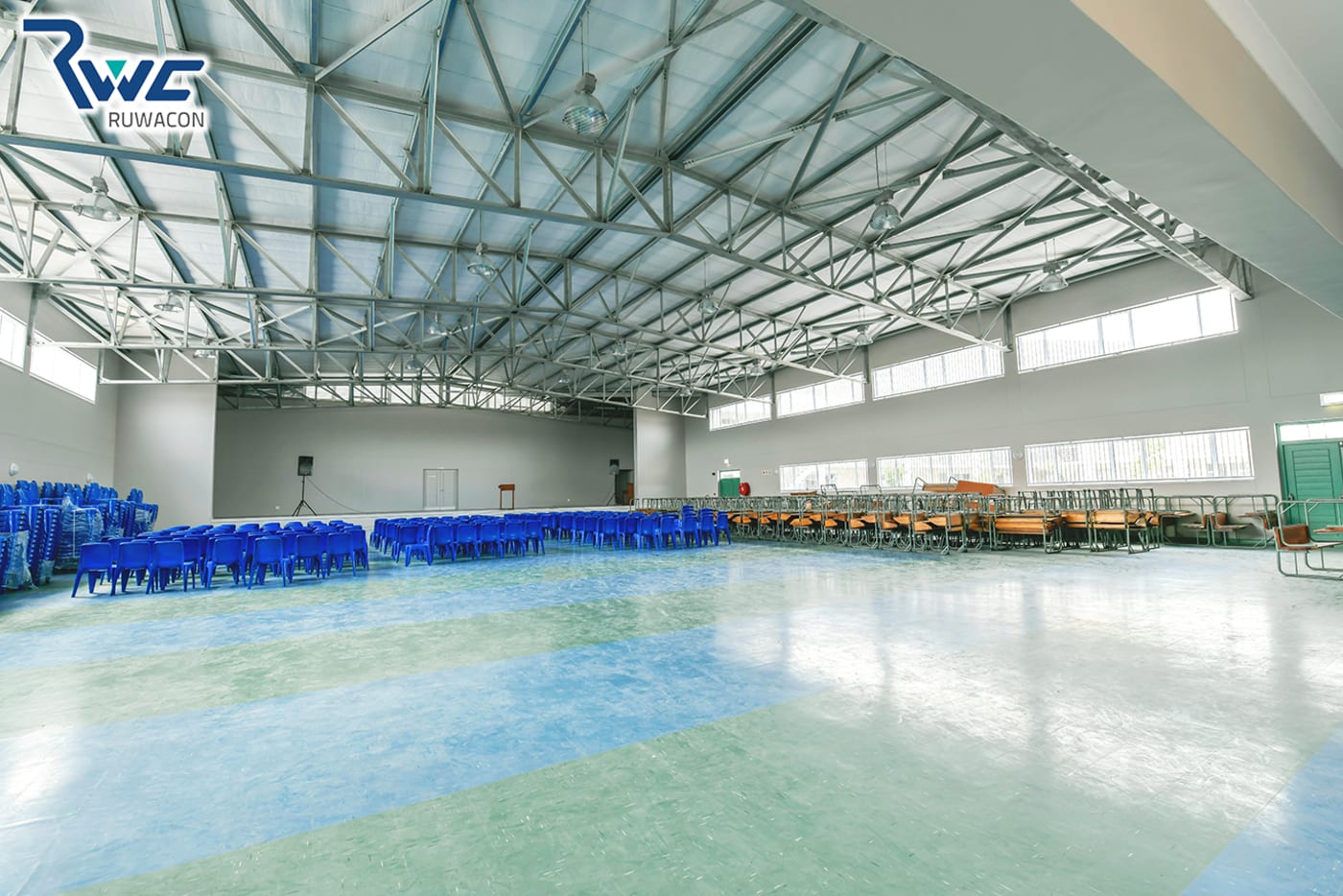 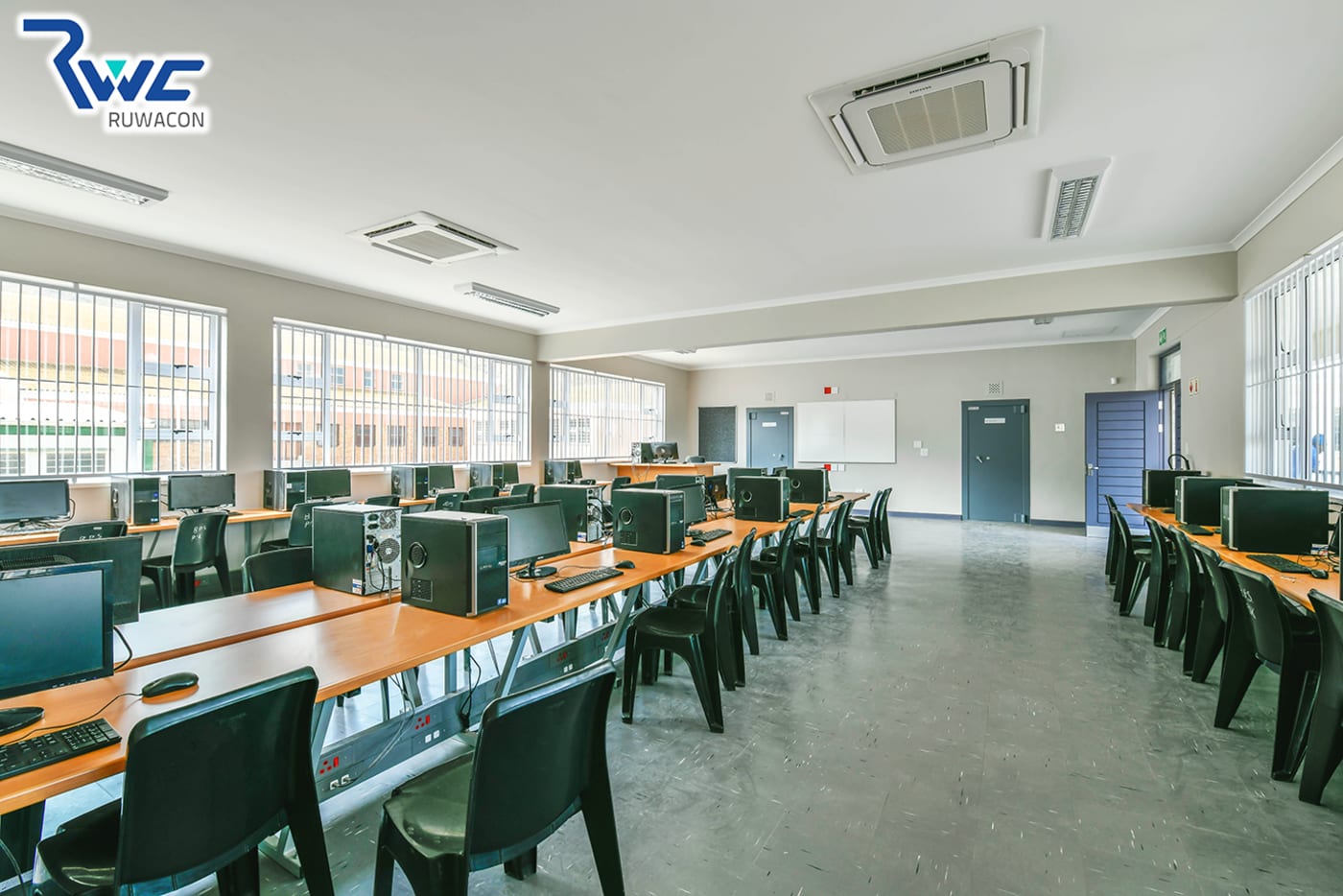 The construction of a new school and associated site works at Bonnievale Primary School, Bonnievale – The first part of the contract period was to remove the asbestos material from the existing buildings and to demolish the entire school once the site has been declared asbestos-free. The second part of the contract was to construct the school which includes the following: 36 classrooms, School hall, Toilet block, Admin building, Refuse area and two netball courts.